Since our foster dog Azul got adopted we had a free weekend coming up. With temperatures quickly rising in the southern part of New Mexico we decided this would be our last chance to head south before the summer to ride and go camping.

We picked Oliver Lee Memorial State Park just outside of Alamogordo as our destination. The ride down wasn’t that memorable, mostly straight roads and quite windy. The excitement started when we stopped for some groceries at a store in Alamogordo. We are suited up and ready to leave when the only sound coming from my motorcycle when I push the start button is ‘click, click, click’ :-o. The dashboard is fully illuminated, no check engine codes or other error messages. Hmm, that’s not good.

Unmount, get out of the gear to call Sandia BMW in Albuquerque to see if they have any ideas what might be going on. I had already checked the battery terminals, the cables were securely attached. The technician I talked to thought that since ‘EWS’ briefly flashed up on the dashboard that my key might be a problem (BMW has a security feature that uses a transmitter in the key and a receiver on the bike which have to match in order to start the bike). I tried the spare key that we always carry but no luck. After consulting with some colleagues he suggested I try to have a car jump start the motorcycle. Taking my handy-dandy home made jumper cables out of my pannier I flag down a shopper in the parking lot who is willing to jump the bike. Sure enough, it fires right up! Major relief….that lasted about 2 seconds. BTW, kudos to Sandia BMW service for their help.

By now it’s 17:15. The bike is idling in the heat (not good) so what to do? Too late to head back to Albuquerque. Cannot go straight to the camping site either since I would face the same situation when I turn off the bike and try to start it again. Trying to find a local motorcycle dealer to buy a new battery is really the only option. Finding a motorcycle dealer is easy enough, but the chance that they would stock a BMW battery? The reason for my pessimism is based on the fact that BMW loves torx (not very common) fasteners. If their propensity for non-standard screws was any indication then my chances of finding a battery that would fit would be pretty small to nil.

Nonetheless, we headed down US54 and then US70 following the directions we received from the guy that jump started the bike. The first dealer we find is a Kawasaki and Suzuki dealer. Leaving the bike idling I go inside describing my need. The friendly owner looks up my bike’s make and model in the battery book – what do you know, it’s an industry standard sized battery! Not only that but he has one in stock. Whoohoo, the stars must be aligned. It’s a Yuasa battery that is shipped with the electrolyte in a separate container to put in the battery when sold. Before doing this, I uninstall my battery and bring it into the store to ensure it’s the right size and has the correct terminal layout. Yup, it’s a match.

Since it’s a brand new battery, you guessed it, it doesn’t have a charge so they still have to jump start the bike at the dealer. Although I now have a new battery I still cannot just ride around the corner, turn off the bike and expect it to start the next morning. Their recommendation is to ride another hour to charge the battery. Ok, but now it’s after 18:00 and we still haven’t even made it to the state park. Diane and I go through our options and decide that we’ll go to the park, pick a camping site, unload my bike and while I head off for another hour’s worth of riding she can start getting dinner ready….or just relax.

Off I go, heading down US54 towards El Paso. The halfway 30 minute mark is Orogrande where I turn around and head back. The early evening sunlight is covering the landscape in a nice orange glow and my shadow is getting very long. Thankfully, we have the setting up camp routine down pat so by the time I make it back to the park we still (barely) have enough daylight to pitch the tent, eat dinner and have a beer :-).

The next day our original plan was to hike in the morning and then ride to the next camping site – Valley of Fires (BLM).  We decide to stay put another night after learning it takes more than a couple of hours to hike the Dog Canyon trail. Once we are settled on our plans we start the hike and have a great time working our way up the trail. We climb 1500 feet in elevation before stopping and returning at the three mile marker. It takes us about four hours, making it back to camp by 13:00. We still could have ridden to the next camping site but decided to just take it easy and enjoy the day.

The question lingering all morning was, of course, – will the bike start? We decided I needed to buy some ice to cool the beer and lunch so I suited up, ready to ride into town. The bike fired right up :-D. Yippee. I went into town (riding another hour or so to Cloudcroft just as insurance that the battery would be charged) to get the supplies. I was much more relaxed after that and we enjoyed the lazy afternoon in 97F temperatures.  We took a different route back on Sunday. Although more interesting than the ride down, it was uneventful aside from discovering the Salinas Pueblo Missions around Mountainair to check out in the fall when the temps are cooler. We made it back to Albuquerque around 14:00. 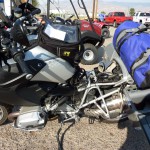 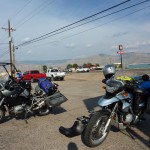 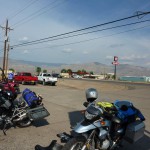 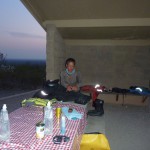 settinp up camp late – due to dead battery 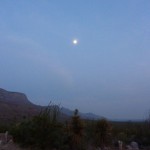 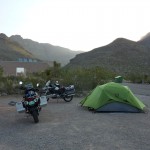 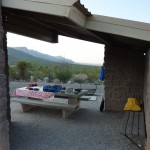 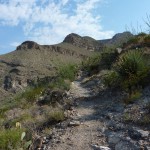 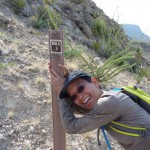 are we there yet? I’m pooped. 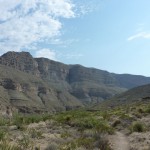 winding our way up 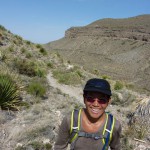 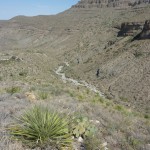 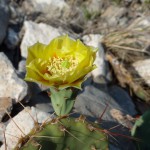 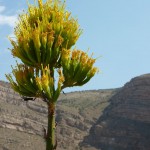 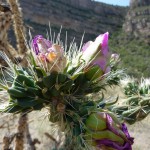 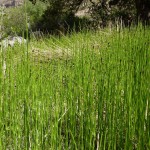 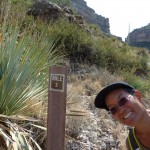 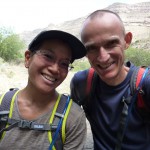 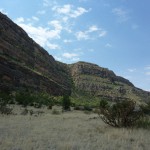 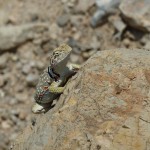 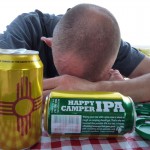 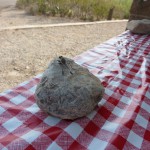 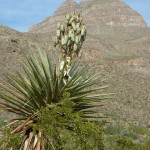 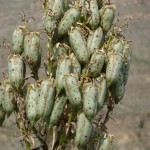 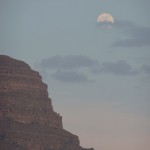 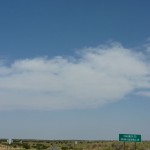 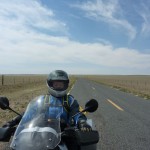