We reached the most northerly point of our journey yesterday – New Denver, British Columbia. We are now on the second leg of our tour, heading back south and inevitably home, though it will take us a while since we are not taking the shortest route. An odd sensation – one of both sadness that the northerly push is over and anticipation of returning home – in knowing that a turning point has been reached.

END_OF_DOCUMENT_TOKEN_TO_BE_REPLACED

What, not go to Banff when you are this close? Yes. Diane’s pretty anti-social so the thought of throngs of tourists, RVs, tons of traffic all while riding on our bikes just didn’t appeal to her. Gregarious me wanted to mix it up of course ;-). In the end, we decided to skip the crowds, knowing that it would be just as bad as Glacier National Park. Crazy? Perhaps, but it’s our journey and we like to travel on the less beaten path. Plus it gives us an excuse to come back, combining it with a trip to Alaska and to Deadhorse in Prudhoe bay. END_OF_DOCUMENT_TOKEN_TO_BE_REPLACED

Rain, rain, rain – that’s what the forecast for Radium Hot Springs, CA called for today. Not good. Instead, we decided to move laterally (west) to make our roundabout approach to Banff where better weather was expected later in the week. No big deal really, since this trip isn’t always about taking the most direct route. END_OF_DOCUMENT_TOKEN_TO_BE_REPLACED

We tried to get an early(ier) start but still didn’t leave the hotel parking lot until 9:00. Instead of just going to St. Mary and spend the night there the plan was to ride to east Glacier and see what time we got there. If it was early enough and we felt up to it we would ride through the park during the afternoon rather than in the morning when it was likely to be colder. END_OF_DOCUMENT_TOKEN_TO_BE_REPLACED

We are trying to time the weather and our drive through Glacier National Park on the Going-to-the-Sun Road, hence the intermediary stay in Great Falls. The weather should clear up tomorrow. We could have also gone to West Glacier first but the hotel situation in Kalispell and Whitefish was not good. Few available and rather pricy. END_OF_DOCUMENT_TOKEN_TO_BE_REPLACED

Per our plan, we showed up at the dealer Saturday morning right around 9:15 expecting the R1200GS to be finished shortly. After watching an hour of ‘Speed Network’ on TV (boring), I walk back down to the service area and see my bike hooked up to a bunch of hoses and electronic equipment. END_OF_DOCUMENT_TOKEN_TO_BE_REPLACED

Diane’s bike is done but the the R1200GS is still being reassembled. Joe the service manager called at 17:15 (they close at 18:00) and said that it would be ‘really close to 18:00’, if at all, that the bike would be ready. By the time the cab would have gotten to the campground, plus rush hour traffic we may have not made it to the dealer by the time they closed.

Since we had already planned on staying until tomorrow anyway we decided it would be best to pick up the bikes tomorrow morning. Should be early in the morning – they open at 9:00. I’d rather not have the mechanic rush to finish by tonight and then forget something – oops left over pieces :-o. Not good, especially since there are no BMW dealers where we are heading.

So, another night and morning without our cooking gear since we left the panniers at the dealer (note to self: if bringing in the bikes for service, leave the panniers wherever we are staying). Dinner tonight was some vegetarian sushi rolls and beer – the sushi we picked up at a restaurant within walking distance from the campground, the beer at the campground store.

The natives are getting restless :-).

We arrived at the dealer shortly after they opened. The plan was for them to fix the leaking transmission/final drive/counterbalancer (?) seal on the R1200GS and get the valves on Diane’s F650GS checked. After browsing the store we set up shop in the very nice customer lounge area were I hooked up the Apple Airport Express so we could get wireless access. END_OF_DOCUMENT_TOKEN_TO_BE_REPLACED

Blue skies and temperature in the low 70’s by the time we leave. Todays ride was on ID/MT 200, the Pend Oreille (pronounced “pon-der-ay”) Scenic Byway, a scenic route along the Clark Fork river through valleys gradually opening up into large vistas. Nothing technical, just gentle hills and turns – all the while enjoying the scenery. I know, this is starting to sound repetitive, but hey that’s what we are doing ;-). END_OF_DOCUMENT_TOKEN_TO_BE_REPLACED

Not a very exciting ride. We rode north on US 95 all day through western Idaho. Mostly farming and national forest. A busy road without much of a shoulder to pull over and take pictures. We stopped in Coeur de Alene for lunch before heading to Sandpoint where we spent the night in a hotel close to downtown so we could walk around.

While traffic was crazy when we arrived, by the time we went looking for a restaurant the place was close to deserted. Ended up in a ‘Gingerman like’ pub with a very good menu, i.e. lots of vegetarian choices, called Eichardt’s Pub Grill & Coffee House. Not much else to report. 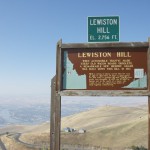 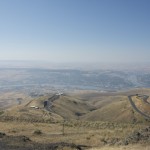 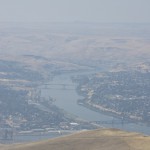 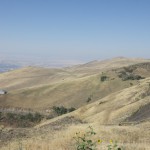 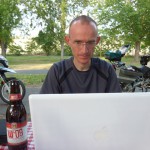 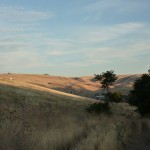 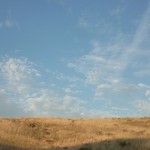 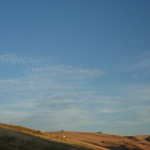 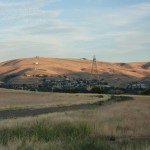 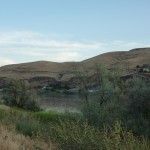 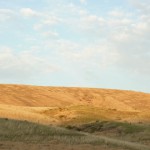 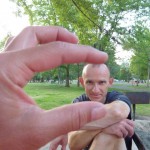 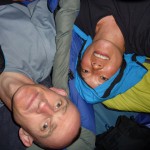 before going to bed 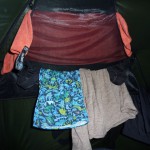 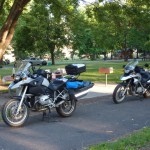 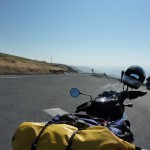 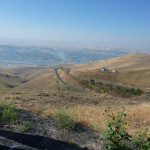 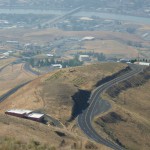 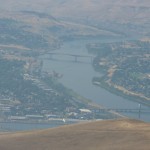 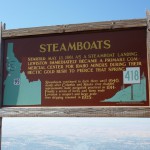 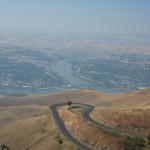 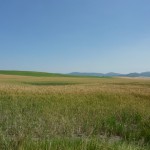 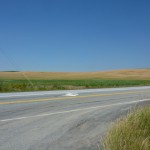 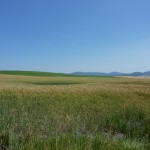 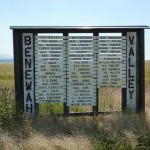 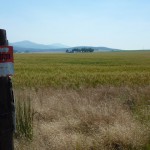 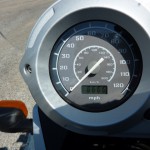 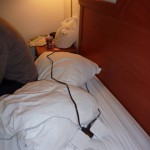