Central Washington. Farming, especially what seems to be wheat, is prevalent. The wheat fields along highway 21 were still partially green when we left Coulee Dam but the farther south we rode the more consistently golden they became, a sea of wheat with the occasional bare spot where it had already been harvested.

Long stretches of straight road were intermixed with a series of what seemed at times random turns or as the road dipped into depressions and followed a small ‘canyon’. Enough changes in the road where you had to pay attention and couldn’t allow yourself to be too mesmorized by the sea of gold.

The temperature was quickly hitting mid-nineties and by 13:00 it was over 100F. Toasty and thus making the 3 liter CamelBak hydration bladder on our back that much more critical. The only body of water we saw today was a brief ride along the Columbia river which, of course, Diane liked because of the long sweeping curves. We pull into the Pendleton, OR KOA around 15:30 and are both ready to get off the road and get out of our gear.

Not so fast. Turns out there’s a music festival in town this weekend so the KOA is completely full. Shit. As I switch gears I can already see ‘supply & demand’ at work in my head when thinking about getting a hotel room. Sure enough, the first couple of calls to Best Western ($199) and Hampton Inn ($299) confirm my fears.

We see a Motel 6 and Super 8 up the road from the gas station where we are stopped and are making calls. Diane’s call to the Super 8 yielded a $120 room but when we pull up to the motel the parking lot is nearly empty and we aren’t getting good vibes from the place – landscaping overgrown with weeds and shady exterior. I ride over to the Motel 6 next door and get one of their last rooms for $106. Expensive, yes, but in comparison to the other motel option it’s OK and gets us an air conditioned room and a shower.

No breakfast included but I have that covered, making coffee and oatmeal in the parking lot the next morning. Got some weird looks as I’m squatting next to the burner stirring the oatmeal … but I’m used to that ;-). 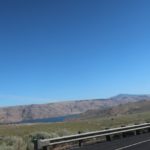 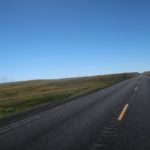 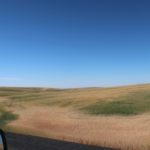 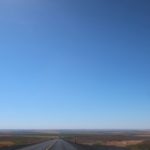 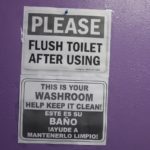 I guess some people need to be reminded … 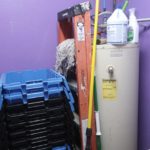 rather crowded in here 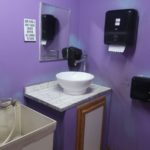 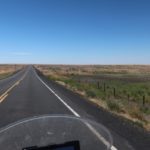 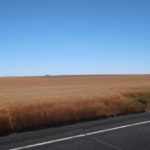 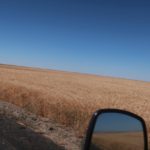 looks the same on the other side 🙂 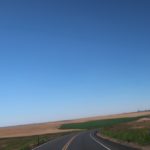 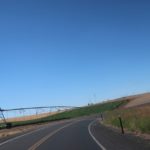 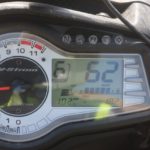 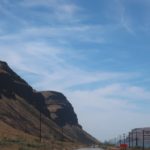 riding highway 730 along the Columbia river 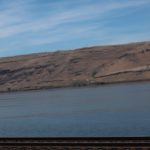 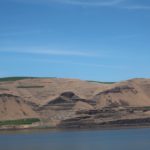 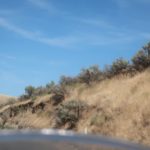