With a 40% chance of rain forecast for today we decided to take our chances and head out. Yesterday, however was spent on the assumption that we wouldn’t leave until Thursday because of the weather. Moving up our departure date caused the morning to be a whirlwind of activity – between getting our gear and the bikes ready and loaded, the house prepared for an extended leave we were quickly running out of  ‘morning’. By the time we were finally winding down it was noon time, just in time for  thunder and cloud cover to roll in :-(. Sure enough, within half an hour we had pouring rain with more in the forecast for the area we planned on heading to.

Let me backtrack. The plan was to leave in the morning, riding to Fredericksburg, TX (about 2 hours away via the backroads) to stop by my parents on our way out west. By mid-morning we realized that there was just too much left to do to aim for a morning departure. Then, by the time we were wrapping up, it started to rain. Just as well.

We took our time going over how we packed our panniers. The goal is to get the left and right pannier to weigh about the same in order avoid any adverse handling. While eyeballing it is a start, data is better so I got out the bathroom scale :-D. Man, Diane sure has gained some weight ;-). Just kidding! I’ll probably burn in hell forever for writing that. Hehe. In any case, the panniers (left/right) on my bike came in at 43 and 39 lbs  (19/17kg) respectively – not too bad. The panniers on Diane’s were each eaxctly 27.2 lbs (12kg) pretty impressive if I may say so and of course I take all the credit ;-).

After a late lunch we are wrapping up our preparations. Some final items remain (i.e. turning off the water and gas water heater) that will be addressed tomorrow morning. Otherwise, the bikes are gassed up, packed up and ready to go with good weather in the forecast. The excitement is building :-). 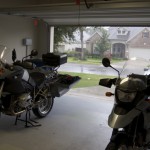 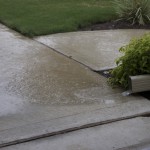 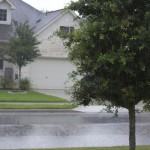 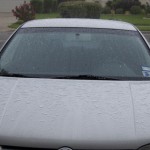 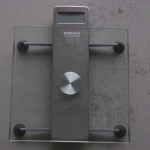 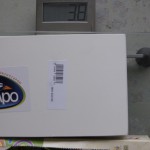