Diane wasn’t motorcyle-less for very long. Before even selling her old bike she had been going through cycletrader.com and Craigslist listings looking for a late model F700GS. She had contacted GO AZ Motorcycles in Scottsdale about a bike that was listed on their website – unfortunately the site was dated and the bike no longer available. Nonetheless, her sales contact John Murrietta asked her what she was looking for and told her he would keep an eye out.

Sure enough, barely a week later he called and told us he had a received a 2014 with the factory lowered frame and options we were looking for and it only had 430 miles on it! After looking at more detailed pictures and agreeing on a price we packed our riding gear and drove to Scottsdale.

The dealership and John were great to deal with. After discovering a cracked fuel tank that the F700 and F800 are notorious for (covered under warranty) he gave us a break on the final price. We spent the night in Scottsdale before riding/driving back home the next day, taking turns riding the bike. It’s very fun to ride, plus it make nice ‘vroom,vroom’ noises compared to her single! Diane is happy :-). 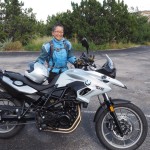 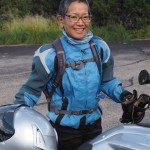 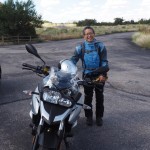 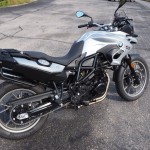 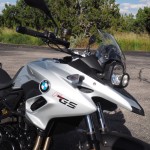 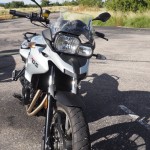