**Update: Forgot to mention – we had planned to hike at Craters of the Moon today but decided to pass. The forecast called for 18-20 mph winds at the park which didn’t sound like a good set up for parking the bikes and hiking.  As it was, it started raining in Arco as we were on our way out of town. Yes, we are doing our best to avoid bad weather. 🙂

Yes, still in Idaho. The weather isn’t cooperating — at least based on all the weather apps we’re consulting. Big thunderstorms and multi-day rains in Missoula, MT. Things aren’t going to clear up until tomorrow so we went as far north as the weather allowed.

Though a short ride at only 140 miles it was very scenic — up US 93 (Peak to Craters scenic Byway) to Challis and then along the Salmon River to Salmon, ID. Big sweepers, no back to back 25 mph turns, Diane’s kind of ride. It would have been even better if the temperature had not been in the 60’s :-o. Thank goodness for the heated gear. 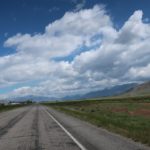 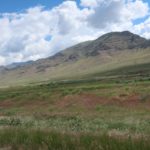 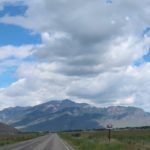 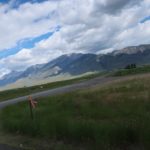 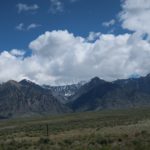 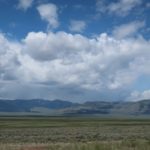 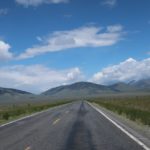 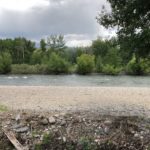