The plan called for an easy and short ride east on US 20 to Craters of the Moon National Monument arriving early enough so we would have a good chance of getting a camping spot in the national monument campground. Leave it up to Oliver and the GPS (I blame the GPS ;-)) to take the longer, twisty route through the mountains on ID 21 also known as the Ponderosa scenic byway.

Based on my review of the map earlier, I knew that US20 is a long straight stretch so something didn’t feel right when there was curve after curve along a river, I was having too much fun riding before the brain kicked in with the message ‘this doesn’t seem like the correct route’ so I eventually pulled over to see how Diane was doing. She pointed out that I took the longer route. I didn’t mean too, honestly. I messed up. At this point, though we were committed.

Thankfully the most technical and challenging riding was early on to Lowman. Once passed Lowman things mellowed out and the riding became more relaxed so that Diane enjoyed it as well – at least a little ;-). Unfortunately, the longer route  added quite a  bit of time to the ride so that we didn’t arrive at the National Monument until well after 16:00.  One pass through the campground showed no available spots which was confirmed by the park ranger when he put up the ‘campground full’ sign :-(. Time for plan B, head into Arco, ID and stay at the KOA.   After a challenging day of mountain riding we were both ready to get off the road so the last 20 mile stretch to Arco seemed unusually long.

We almost struck out at the KOA as well since their tent spaces were full. Thinking outside the box I asked the lady if they had any RV spaces left? Score. We got an end space with a nice big patch of lawn where we could pitch the tent. Double score was the ice cream social they were hosting at 18:00. You know me, I couldn’t wait to attend and be social. 😉 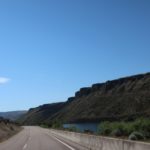 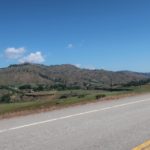 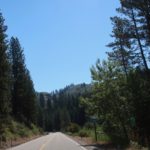 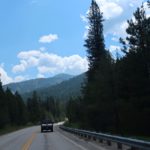 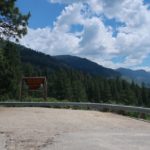 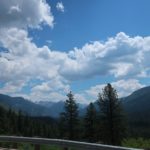 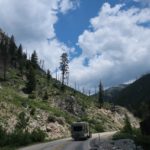 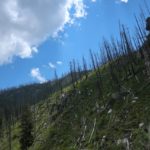 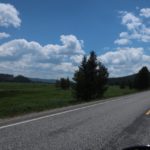 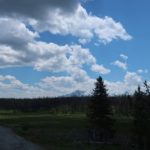 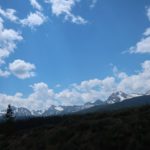 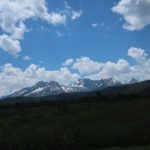 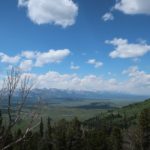 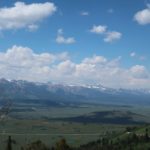 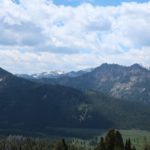 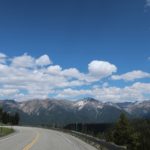 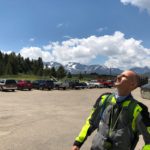 Where? I don’t see the UFO? Oh, you tricked me! 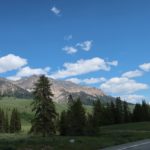 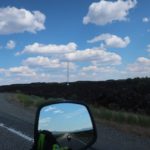 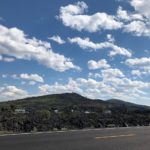 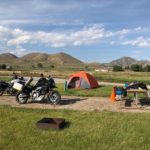