I didn’t think we’d make it this far today but we made good progress this morning. It was another ride Diane enjoyed – along the river, long sweepers, nice weather, and most important, no one on her tail. Diane was chatting with a local at a gas station south of Kalispell who recommended we take the bypass thereby avoiding all the Kalispell traffic. We did and before we knew it, we were in Whitefish, MT by about 11:00. Signage announced the Roosville border crossing as only 62 miles away. After a gas stop and some lunch (half an apple, half a pro-bar and some trail mix) in Eureka, MT we headed for the border.

Arriving at the Canadian border we only had three cars in front of us. I was afraid there would be a caravans of RVs and other vacationers at the crossing but apparently they were all heading to Glacier National Park. Fine with us. After showing my passport, taking off my helmet and answering some basic questions I was allowed to pass. Diane went through the same routine but got the special treatment being asked to pull over while they did a background check. She must have been wearing her ‘I’m pissed’ face ;-).

It took only a couple of minutes after parking before someone came out, handed her passport back and wished us a fun trip. We were now officially in Canada. Looking at the map during our stop in Eureka, MT we decided to ride to Ft. Steele and find a camping spot.

First campground we checked out, Fort Steele Resort, was right along the highway. That was a ‘pass’ after last night’s noisy experience. We back tracked a couple of miles and ended up in a quiet campground called Fort Steele Campground with no highway noise whatsoever and free, hot showers. Nice… except again for the blood thirsty mosquitoes. Aggressive too.  One got me in my palm, the only exposed skin I didn’t spray or put cream on :-(. 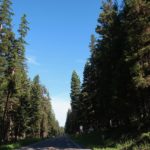 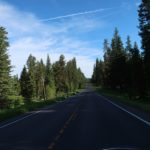 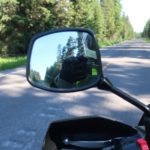 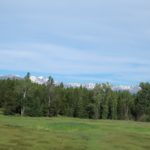 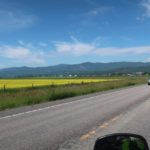 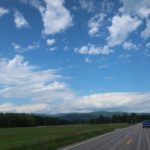 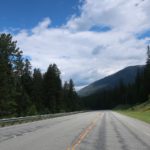 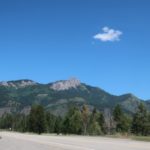 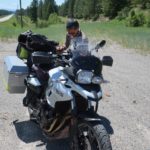 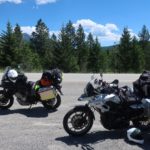 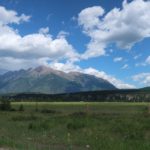 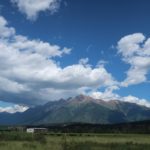 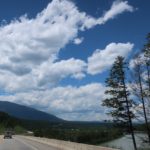 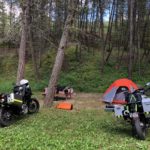 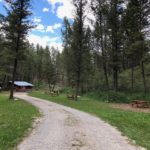 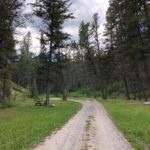 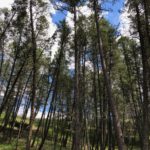 2 thoughts on “Crossed the border into Canada”