There’s a reason we live in Arizona. We are weather wimps and cannot seem to get away from the cold. We have been doing a good job of avoiding the rain but cold is a whole other matter. Wearing heated gear while riding during the day is no big deal. However, waking up to morning temperatures in the low 40s F is not much fun while tent camping. Makes it reeeeally hard to get out of that sleeping bag in the morning – half the time I only leave my cocoon because Diane’s a slave driver, having me make her tea.

So if we don’t want to put up with the cold temps while at home, why should we while on vacation? We called another audible on our fortuitous trip. The original plan was to head to Lake Louise, up the Icefield Parkway towards Jasper but after looking at the weather forecast for both locations last night (high’s in the 50s, 30/40s at night, overcast, high rain chance) we decide to move sideways, along highway 3 towards Osoyoos, BC where the forecast called for at least 70s during the day and only 50s at night with little or no rain. We’ll eventually start moving north again as the weather starts to cooperate. After five days of riding we’ll probably take a down day soon, break from pitching and tearing down the tent every day.

Today’s ride was one of Diane’s favorites. Highway 3, bordered by mountains/hills the entire way as it winds its way through valleys and a couple of passes. Traffic was very light making the scenery and long sweeping turns that much more enjoyable. We did part of this road the last time we were here and enjoyed it then, too. We stopped in Christina Lake and are camping at Cascade Cove Campground. 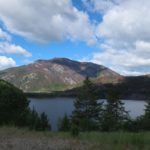 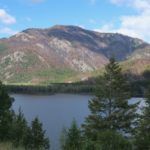 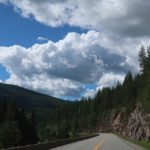 mile upon mile of this… 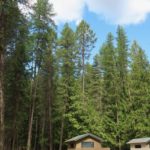 Restrooms at the frequent rest areas along the way 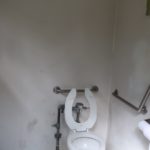 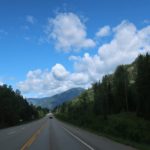 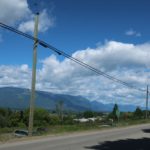 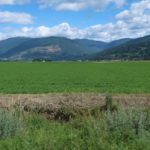 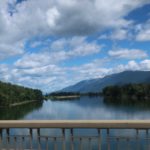 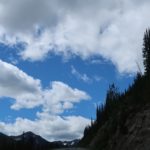 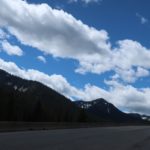 Close to the summit. 12Celsius 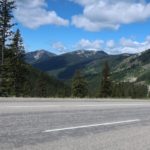 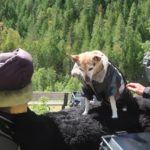 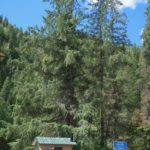 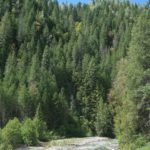 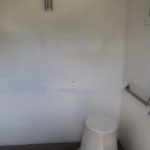 You guessed it. No Graffiti 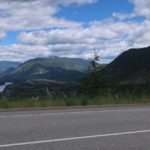 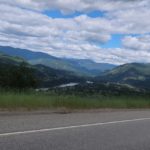 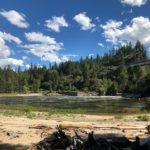 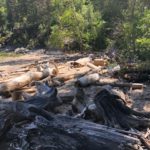 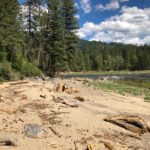 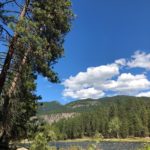