A band of rain across all of British Columbia meant we would see rain today as we started heading north. After a mosquito-free two days, we packed up camp this morning and left Osoyoos on highway 3 through a stretch of country dense with vineyards and orchards. There are a number of fruit stands along the way, mostly selling cherries, but we don’t have room in the panniers to stop and buy. Continuing on, we take highway 5A and then 97C north towards Prince George, BC.

Riding along 97C took us past the massive Highland Valley Copper mine. I had already put away my camera anticipating rain so no pictures but this mine is massive. An entire mountain is being removed with huge hills of dirt lining the road and a very long ‘lake’ of trailings.

Fortunately, we didn’t get rained on until the very end of  our ride and even then it was only a brief shower — peanuts. The good news is that our gear kept us dry during this albeit brief rain. Still, a good sign.

We arrived in Clinton, BC close to 15:00 and debated going on for another hour or so but some quick phone calls to hotels along the way quickly showed us they were filling up or already booked and what was left was rather pricy. Not only that, half of Canada is on the road today for a long weekend to celebrate Canada Day. Hence, we ended our riding day in Clinton, BC. We are hanging out at the Round-Up Motel. We opted not to camp since there has been lots of rain with more anticipated tonight and tomorrow morning. 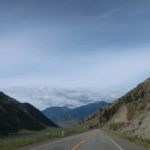 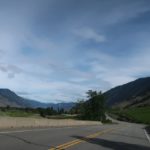 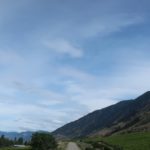 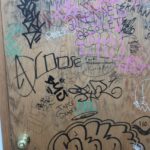 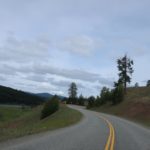 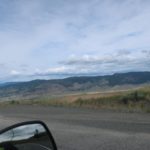 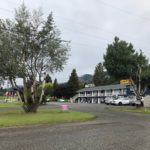 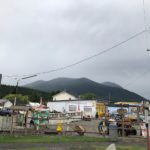 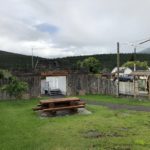 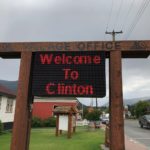 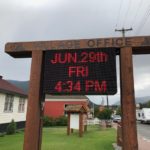 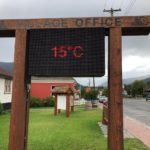