The wind is getting old. Leaving Fremont Lakes under overcast skies we headed further west on US 30. So far this was my least favorite stretch of road. Not only was the road filled with lots of harvest hauling trucks and smelly livestock haulers but the buffeting they caused, enhanced by the wind, was intense and very unpleasant  – I was ready for an extended break in Grand Island.  With some snacks in me and rest, we tackled the rest of US 30 before heading due south outside of Kearney. Traffic slowed but we fought the wind the whole way into Kansas.

The first campground option for the day was Methodist Cove campground near Alma, NE but Apple maps wanted to route us down a gravel road that didn’t even have signage for the Harlan County Reservoir where the campground was located. Because of that, I stopped on the paved road, had one look at the proposed route, one look at Diane before continuing into Alma for lunch and looking at our alternate destination, Webster State Park in Kansas.

Side note: Apple maps does some really weird routing if you have the ‘Avoid Highways’ option selected. Any road now is fair game, even non-paved. Not what we had in mind. The reason we are using Apple and not Google maps is that we find the white on black background writing easier to read than the white on green that Google uses.

After taking a break at a gas station/diner in Alma (sat inside the air conditioning), we felt we could do another hour of riding to get to Webster.  Kansas started with rolling hills, some covered in grass, some farmed with a terrain more varied than I expected. Even had trees 😉 and not just miles of corn fields.

We arrived shortly after 15:00, paid our $22.75 for a camping spot (park admission fee is included in the price like in AZ – thank you very much :-)) and cruised the various camping loops looking for a spot. This was the first campground that didn’t have a numbering system for their sites. Instead, the only distinction was between electric (which we didn’t get) and non-electric. There are picnic tables and shelters dispersed throughout the park, you just pick an open spot and are good to go. Interesting. 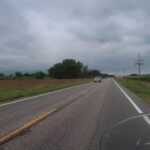 overcast in the morning 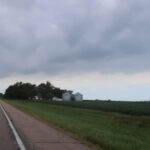 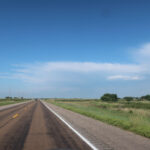 down US 30 for most of the morning 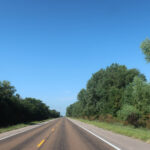 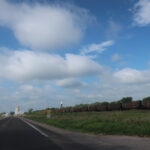 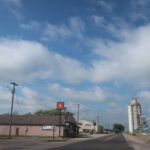 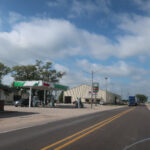 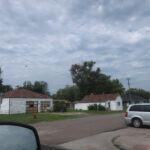 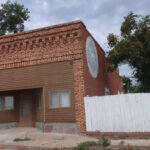 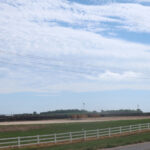 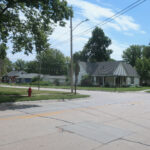 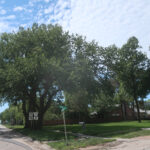 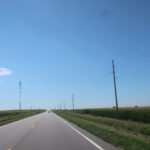 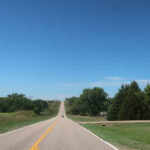 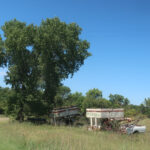 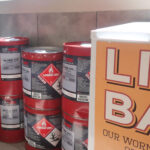 racing fuel at a gas stop in Alma, NE…hmmm 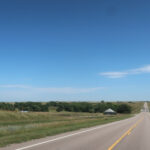 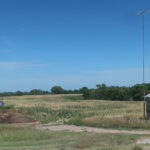 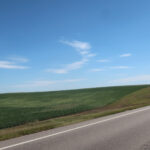 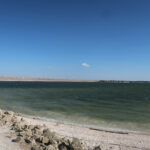 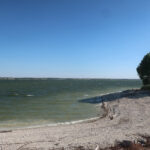 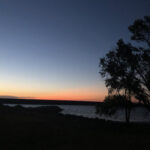 one of the reasons we camp