After evaluating our options and our desire for extending the trip significantly by heading north again, we decided that we would go back home. So soon you ask?

Well, we set out on this trip with two goals, one to actually hike some of the scenic places we had just ridden/driven by in the past and two, after only a short six day trip in 2012 we wanted to see if we still liked this type of travel. We accomplished both goals and answered the second question with a resounding ‘yes!’. We both had a great time on this trip. We enjoyed not only the activities – the riding and hiking – but also hanging out at the campsite, just talking or surfing together. In fact, we enjoyed it so much that we are already talking about doing a longer trip next year as well as getting new (used) motorcycles.

I want a smaller motorcycle that’s more maneuverable while Diane is looking to upgrade to probably a twin from her 650 single. Nothing concrete at this point but that’s the general idea. Before going through the trouble and expense of buying new motorcycles we wanted to validate that indeed we still wanted to ride and camp.

As far as a route to get back to Albuquerque, again, there weren’t that many options. We could work our way laterally east on US89 and then US160 through the Navajo Nation or go straight south on US89 and connect with interstate 40. The lateral moving option didn’t give us too many camping options so we went south and then took IH-40 home, stopping in Holbrook, AZ at a KOA for the night.

We briefly contemplated continuing onward once we got to Holbrook but it was another 240 miles on the interstate. We had already ridden close to 300 miles so putting safety first we got a camping spot, opened some beers and enjoyed our last night of camping – albeit close to the freeway 🙁 . I’m glad we did because after a good night of sleep, we were fresh the next day and hit the road earlier than normal. Thankfully, traffic was relatively light until we got to Gallup, NM. We still had to dance with too many eighteen wheelers but that was par for the course. The skies were hazy with smoke and clouds but it made for comfortable temperatures and we were home by early afternoon. 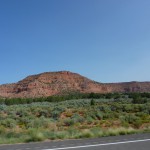 Leaving Kanab, UT on US89 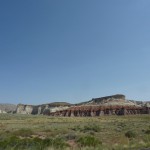 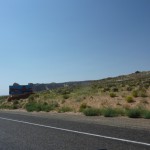 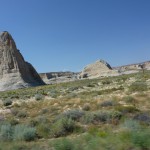 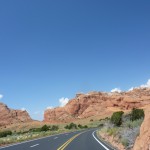 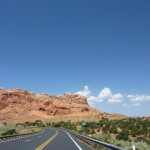 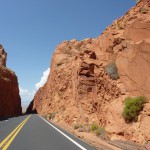 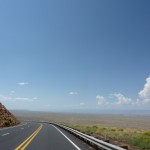 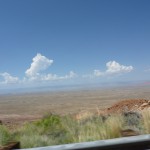 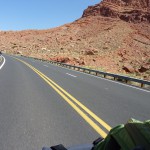 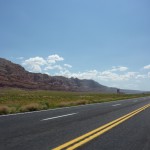 US89 South bound past Page, AZ 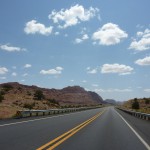 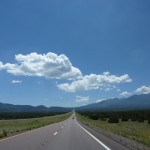 US89 – heading into Flagstaff 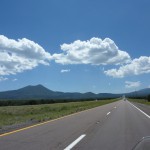 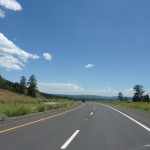 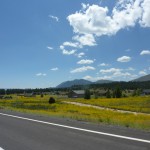 incredible smell from the flowers 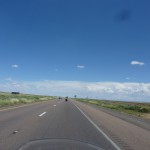 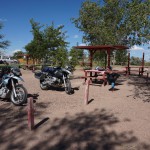 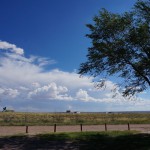 storm brewing in the distance 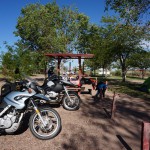 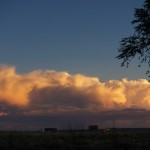 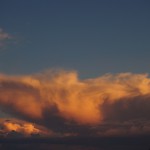 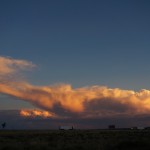