You guessed it. Another windy day in North Dakota :-|. We started the day by partially driving the scenic route in the park since it was too late and we were tired yesterday. Although we got there early (8:30) there were already quite a few cars doing the conga line with many seemingly oblivious to what’s going on behind them – i.e. stopping in the middle of the road to sight see. I  saw one couple with binoculars sitting in the car, parked in the middle of the road. Not cool. Not to mention dangerous. As motorcyclists we don’t have the luxury of looking away from the road for extended periods because ‘you go where you look’, eventually veering off the road. After half an hour of riding into the park we saw the obligatory bison and prairie dogs and at that paint had had enough (couldn’t do the full loop anyways since the road was closed so we only missed four miles) and turned around. Quick pee stop at the Visitor Center on our way out before heading further east, with the wind mostly at our back.

Mostly straight farm roads today with little to no traffic and nothing but rolling hills of grasslands (lots of hay) at the outset, eventually turning to more agricultural production. What was interesting to me wast that amongst all this grassland and open space is that you find quite a few oil derricks. Not something you would expect to see, at least I didn’t. A mostly leisurely ride (as long as we were going east) but we didn’t go through any towns or pass any gas stations for almost 90 miles. Diane’s question: Where do they go for groceries?

Staying at a really nice state park with the best new and maintained showers we have yet seen. The nearest neighbor is five sites down from us. Park is close to a lake and no major roadways near by –  hopefully we won’t need earplugs tonight. 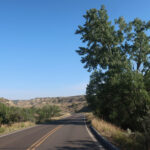 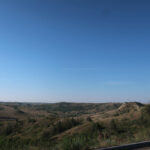 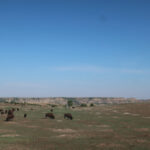 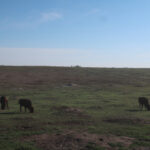 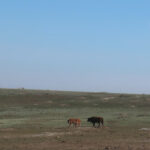 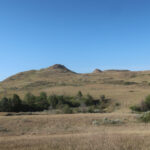 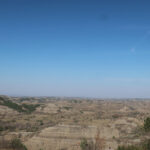 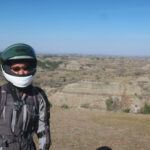 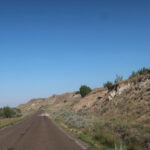 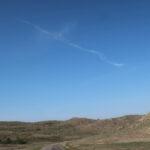 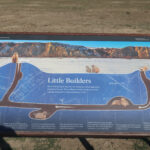 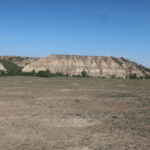 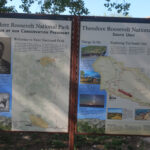 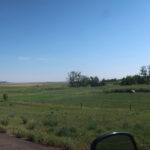 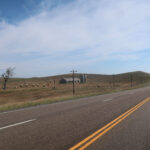 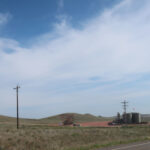 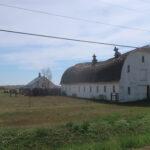 it has seen better days 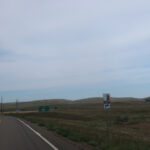 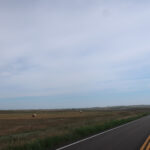 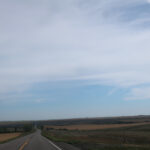 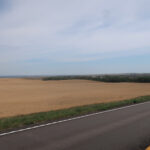 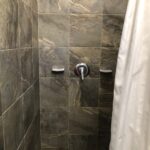 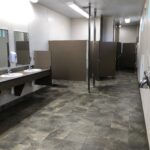 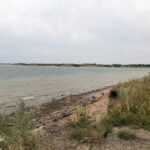 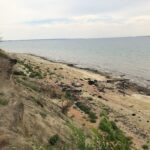 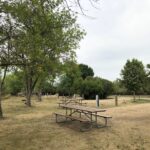 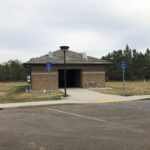 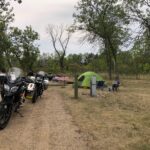