I know I sound like a broken record but …. damn wind! Somebody turn off that blower ;-). Go East, minimal buffeting, go North or South and plan on having lean angle on a straight away. Rinse and repeat. Fatiguing as can be. We are so over this wind. Riding is uneventful, more farming land through rolling hills then eventually flattening out.

We were going to stay at the Turtle River State Park just west of Grand Forks, ND but construction caused us to miss/not see the turn off and it was too dangerous to turn around so we just kept going the last 20 miles into Grand Forks and would regroup there. Thankfully, right across the river in Minnesota was a state park site (Red River Recreation Area) that had camping spots  available. [A side note on state parks: besides the camping fee, you usually have to pay a per vehicle daily pass ($7 in MN) so with two motorcycles that always adds $14 to the cost of camping. Thankfully, MN offers a yearly pass for motorcycles for $30. We would come out ahead with five stays so I went ahead and bought two and got another $4 off, so each pass was only $28. Pretty good deal and even if we wouldn’t camp that often, it’s money well spent since it supports the state park system.]

The campsite was very generous with lots of grass to pitch our tent. We were happy we found it and didn’t have to spent the night in a hotel. 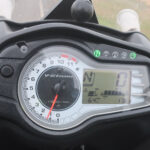 64F felt colder because of wind and overcast 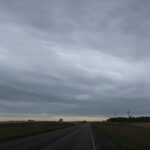 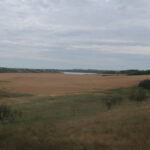 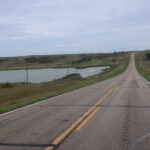 small lakes along the way 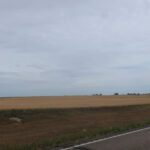 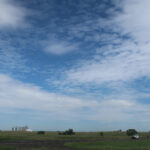 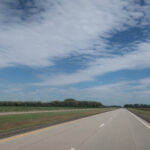 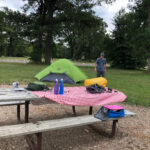 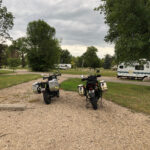